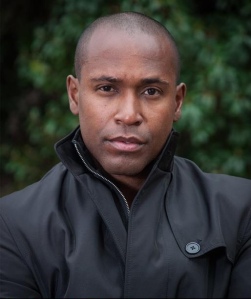 You may have seen him on TVOne’s “Fatal Attractions”.  You may have seen his work on ABC’s “Resurrection”.  But I’m sure you’ve never seen him like this.  This past weekend, I was able to speak with actor/producer/director Darius Bailey.  After spending a few years in the U.S. Marine Corps, Bailey decided about 10 years ago to become an actor.  Though he has been honing his craft for a while, he may just now getting on your radar.  But don’t worry; you’re getting familiar at just the right time.

Over the course of his 10 year acting career, Bailey has performed in “ATL”, “House of Payne”, “Dumb and Dumber Too”, and “Reed Between the Lines”.  On “Resurrection”, he plays the photo double to Omar Epps’ J. Martin Bellamy.  He was able to portray real life convicted murderer Larry Dunn on “Fatal Attractions”.  In playing this role, Bailey stated he was a “little nervous up front to play this person.  But as an actor, you learn to give your character their day on stage.  Meaning you don’t judge that character; you play them where they are.”  While he was concerned this role would affect his future endeavors, I think it is safe to say he has nothing to fear.

Darius is currently portraying spiritually grounded, family man DeMorris Kingsley on “Driving Home”, a web series currently in its second season.   But it doesn’t stop there.  Not only will he direct a few episodes of season 2 of “Driving Home”, Darius is also working on his own project, “Remix”, where he serves as writer, producer, AND director!  He is based in Atlanta and is currently looking to hire talent to complete the film.  (The link to find more information can be found later in the article.)

When asked who he would be interested in partnering with on the big screen, Darius stated Mr. “Glory” and “Training Day” himself, Denzel Washington.  “Reason being, I am the type of actor that brings every bit of passion within me to the camera.  Every role I play, I have to be one with that character, to be convincing.  And to me, no other actor does that better than Denzel Washington.  You look at every performance he has done, and he is believable.   There is nothing about his performances that says, ‘Ok, I’m acting’.”

I definitely believe that Darius is well on his way to building a strong foundation for a great career!  Connect with him on Facebook (to find out what he’s working on AND to find out casting information for “Remix”) and find him on Twitter.   Additionally, if you missed the season finale of “Fatal Attraction”, you can see it here as Darius portrays Larry Dunn.

I have to thank Darius for allowing me to interview him.  And you all need to keep your eye on this guy; he’s going places, and you want to be there to say you’ve been familiar with his work for years! 🙂  Until next time, I’m just a Southern girl…in the city!