If you follow me on Twitter or we’re friends IRL (or at least on Facebook), then you know that I have been OBSESSED with “Scandal” since it premiered earlier this year.  First, I’m a fan of Kerry Washington.  I love EVERYTHING that she does, from “Lift” to “She Hate Me” to “For Colored Girls”.  Kerry is an amazing actress, and I think her starring in a Shonda Rhimes show is fantastic.

If you have not been watching “Scandal”, you are missing out.  Lucky for you, it’s still early in its existence, so you can catch up before next week’s episode.  Last night’s episode was by far my favorite. And I said the same thing two weeks ago, which proves this show is getting better and better.  Even Southern Mom is a fan!

I just had to share with you all that you really should be watching this show.  You have NO idea what you’re missing.  It’s probably the best show on television right now.

Lastly, Benevole, the non-profit I work with in DC, is hosting “Be a Hero” on Veterans’ Day, November 12, which is this Monday.  The event benefits Heroes Place, which is a non-profit that works with low-income and homeless veterans.  From 12-4 pm, we will be at Heroes Place (1204 Queen St. NE) collecting business suits (for men and women) and toiletries to assist their clients.  Veterans have given so much for our country, and there is no reason why they should struggle once they’ve served.  I, and the Benevole team, hope you will come out on Monday and drop off a few items.  I know some of you need to clean out your closets.  So go ahead and bring your suits!  And if you are unable to come but would like to donate, you may do so here.  I hope you all have an awesome weekend, and until next time, I’m just a Southern girl…in the city! 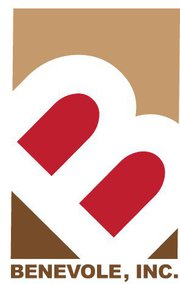 Washington, DC (September 9, 2011) – Join Washington, DC based Benevole, Inc. as it celebrates one year of service on Saturday, October 1, 2011 at Ping Pong Dim Sum, located at One Dupont Circle, from 7:01 pm until 10:31 pm.  Attendees will be able to meet the Benevole team, learn more about the organization, and discover how to become involved.  Event goers can anticipate a fun and eventful evening, complete with mingling with other professionals in the DC area who are concerned about the issues important to the Benevole family, including hunger, homelessness, and health, and discussing various means of addressing these issues, and finding out about Benevole’s upcoming events in early 2012 .   The event is free, but donations will be accepted.  For more information about Benevole, Inc., visit them on the web at www.benevoleinc.org or e-mail latoya.grant@benevoleinc.org.

Benevole, Inc.’s mission is to advance human rights by meeting immediate needs and building lasting partnerships with community organizations operating on the front-lines.   The vision is enacted with an understanding of the inter-relationships between the various issues Benevole addresses and by a commitment to working in partnership with organizations at the local and regional levels who share the organization’s goals.

Thanks to the homey, Ms. Rasberry, I was able to try out some new products to soothe the body and bring awareness to a great cause.

Shea Yeleen International is a 501 (C)3 non-profit that “represents the issues and concerns of rural West Africa shea butter producers”.  Due to the their various partnerships, Shea Yeleen is able to offer jobs at higher wages to women in this region of Africa.  I was able to try some of the products, and I thought I would share my thoughts with you guys.

We all know that the winter is the worst time of year for hair and skin.  It takes nothing for skin to dry out and lips to get chapped.  Shea Yeleen has two products that I absolute adore!  First, the Peppermint Lip Balm.  This product really moisturized my lips, AND I can feel the tingly peppermint working.  It has a great scent, and stays on for awhile.   The next product I tried was Lavendar and Honeysuckle Body Butter.  I love it!  It goes on smooth and leaves my skin soft to the touch.  This body butter smells define and doesn’t need to be re-applied multiple times throughout the day.

Both products are affordable and made from unrefined shea butter.  In addition to these products, you can also purchase body balms and soaps.  We all have to use these products, so purchasing them from Shea Yeleen will allow you to keep your skin nice and soft and you’ll be able to support a worthy cause.  To read up on more on Shea Yeleen International, visit their website.  When you try out the products (which I know you will), come back and share your thoughts.  Or if you already use them, feel free to share your comments with other readers.  Until next time, I’m just a Southern girl…in the city!