Even though I touched on a lot of things during last week’s “This Week in the News”, there were a number of things I failed to mention.  So today’s post is going to cover those topics and my thoughts on them.

Even after the issue with Rihanna, I was still a Chris Brown fan.  He admitted his mistake, took anger management, and took his punishment.  (Plus, if we can forgive R. Kelly and Michael Vick, why is Chris Brown different.)  And let’s face it-the boy is uber-talented!  So imagine EVERYONE’s shock when C. Breezy lost it on GMA with Robin after she asked him about Rihanna.  (If you didn’t see the video of the interview, watch it here.)   IMHO, I don’t think she went in that hard.  Chris needs to learn to control his temper.  And someone made a really good point-Ike got questioned til the day he died about his hitting Tina, so Chris isn’t going to be any different.  If he didn’t want to address it, he should have told Robin that when he got a preview of the questions.   Unfortunately, this is going to be following Chris as long as he stays in the limelight.  I am anxious to find out what will happen on his appearance tonight on “Dancing with the Stars”.

About 2 weeks ago, I mentioned that Carmelo Anthony may have a love child in NY.   Well, my girl LaLa went on Charlamagne’s morning show to address the rumors, how she’s done with having kids, and discussed some other things.  One thing that I can say about LaLa is that she always stays professional and diplomatic, even when we think she should throw people under the bus! 🙂

Lastly, after a bitter divorce and a long custody battle, Dwyane Wade won sole custody of his sons.  As I stated in a previous post, we shouldn’t necessarily applaud fathers who are in their children’s lives, but I will say I’m glad he fought for his sons.  How many men, especially professional athletes, fight for SOLE custody of their children?  Not too many I know.  And the good thing is that Wade wants the boys to have a great relationship with their mother, so I hope they are able to be adults and co-parent.

That’s it today, folks!  What else happened last week that I missed?  Or what’s happened in the past few days that you want to share?  Until next time, I’m just a Southern girl…in the city!

It’s a gorgeous day in the District!  I may go out, explore the city, take a leisurely stroll, enjoy some ice cream…ok, who am I kidding?  I’ll probably be at work most of the day.  But a girl can dream can’t she??? And speaking of dreaming…

Hopefully this story is not true.  If you’re a fan on Facebook, then you saw me mention this-Carmelo Anthony may have a secret love child.  Yep, I was just as shocked as you when I heard it.  It appears Carmelo’s trade to the Knicks is beneficial for him in more ways than one.  Rumor has it that he has an 11 month old whose mother lives in the NY area.  You all know I don’t normally report too much gossip on this blog, but I couldn’t let this go, what with LaLa Vazquez (Carmelo’s wife) having this show that centered around their wedding and her putting out for the world to see this wonderful relationship they have.  As a couple who lived together and had a baby without being married, I thought it was a little strange that they decided to go ahead and get married. But hey, who am I to say anything?  Besides, I love when people make a lifetime commitment to one another so I was happy.  I’m sure we’ll be keeping our eyes on this one…actually, I won’t be trying that hard as it’s none of my business.

I don’t curse too much on this blog, but what the hell is going on in this city???  How does a child in elementary school get his or her hands on cocaine??? Yep, you read correctly.  Five students at Thomson Elementary School in Northwest were sent to the hospital after ingesting cocaine.  (Read the story here.)  What is happening in our homes?  What are we teaching our children?  Some parents seem to be upset with the school, but this really isn’t the school’s lacking in any area, IMHO.  The problem lies in the home of this child, who is being charged with possession of a controlled substance,  that brought the drug to school.  And who made the decision to arrest this child?  Or am I being naive because of the age of this student?  I don’t know, something’s just not right with this picture.  Department of Children and Families needs to become involved and visit the home.

As if DC doesn’t have enough issues, the Gray Campaign is being investigated by Congress.  Former city employee Sulaimon Brown, who was a minor mayoral candidate, claims he was asked by the Gray Campaign to attack former DC Mayor Adrian Fenty on the campaign trail.  Once Gray took office, Brown was given a job with the city that paid him over $100k a year.  Upon the discovery of his shady background and run-ins with the law, Brown was terminated.  Bitter and mad, he has come out with these allegations.  All I have to say is, “If it ain’t one thing, it’s another…”

I’m not going to spend too much time on this one, but can I say I am shocked and appalled at the Department of Public Works???  DPW, which is responsible for writing and distributing tickets in DC, has racked up over $30,000 worth of parking tickets!!!  Over 90 vehicles have received tickets for various parking infractions.  Yeah, I’m over it. (And if I spoke with you about 2 weeks ago, you know why….)

What’s going on in your worlds?  I specifically didn’t talk about Libya and Japan.  It’s too much, and I’m not touching any of it.  I hope you all have a great weekend!  If you’re in the District, do like me (Idon’t think that’s correct grammar) and get out and enjoy this beautiful weather…because next week it’ll be back in the 50’s!  Until next time, I’m just a Southern girl..in the city! 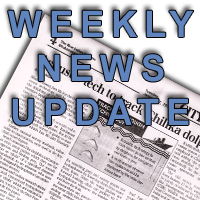 Happy Friday, folks!  If you’re like me, you’re ready for the weekend! (But I guess I shouldn’t rush my life away!)  In any event, I’ve become privy to some pertinent and interesting information that I’ll share with you guys!

We all remember Jennifer Nicole Freeman aka Claire Kyle from “My Wife and Kids” (still mad ABC cancelled that show), the cute, ditzy, clumsy older daughter of Michael and Jay.  Well, Jennifer is all grown up and married to NBA point guard Earl Watson.  They are the proud parents of a 10 month old baby girl, and earlier this week, Earl filed for divorce claiming that Jennifer attacked him.  According to reports, after Jennifer received a late night text message at 11 pm on August 1, Earl took the phone, which resulted in Jennifer brazenly attacking him.  She hit and bit him.  Biting him resulted in blood being drawn.  She also attempted to throw an iron at him, but he stopped her.  Just this week, Earl decided to withdraw his petition for divorce, and the two have reconciled.  I hope Earl knows what he’s doing.  In most situations, abuse and violence only gets worse.  And society always has a tendency to empathize with a female victim of abuse and tell her not to go back.  I have the same advice for Earl;  if he does go back, Jennifer definitely needs to take anger management or some type of class to diminish these violent outbursts.

I won’t spend too much time on this, but radio talk show host Dr. Laura (Schelessinger) found herself in some hot water this week.  When a black woman called in to her show Tuesday to complain about her white husband’s friends using the “N” word around her, Dr. Laura went on a rant saying it’s confusing when black people say the word to each other as a term of endearment, but when other races say it, it’s offensive.   She then went on to use the word REPEATEDLY (read and listen to part of the conversation here).  In case any of you were wondering, it is NEVER ok to use derogatory names about ANY race.  I had a friend my freshman year of high school who was my buddy, and my friends and I nicknamed her “Black Girl”.  One day, she used the “N” word in front of me, after never hearing me say the word.  I kindly told her, “That’s not cool. Don’t say that around me anymore.”  She understood, never used the word again, and we continued to be friends until we graduated. (Haven’t talked to her in forever, but I do hope she comes to our 10 year reunion next month…oh, sorry, I’m getting off track.)  Moving on…

I know I’m a little late, but I didn’t congratulate the new married couples: T.I. and Tiny, Alicia Keys and Swizz Beatz, Martin Lawrence and Shamicka Gibbs, Carmelo Anthony and LaLa, Brian Austin Greene and Megan Fox, and a host of others.   I heart love, and no matter their journey to the altar, I love when couples get married. (If you thought that was a jab at a certain pair, it was.  You get one chance to guess who…)

I know there’s some news I didn’t touch on, like the death of former U.S. Senator Ted Stevens, the confirmed death of former beauty queen Mitrice Richardson, and the baby girl born on 8/9/10 at 11:12 pm.  So feel free to share on any news that I’ve missed.  Until next time, I’m just a Southern girl…in the city!