Over the past few weeks, I’ve heard of and come across certain stories that make me wonder, “What the heck were you thinking?!”  One of them is the story of Desmond Hatchett, a 33 year old Knoxville man that has fathered 30 (yes, you read correctly THIRTY) children with 11 different women.  Mr. Hatchett has asked the state of Tennessee to assist him in his child support payments because he can’t afford it anymore.  I not only blame him, I fault these women.  When I ventured into internet dating, a man messaged me that had 7 children.  I quickly deleted his message without responding and never looked back.  (Crazy thing, he also messaged my sorority sister (in a completely different state than me), too, but that’s a post for a different day.)  What made woman number 6 or 7 (let alone 10 and 11) think, “Oh, he’s a catch, he’s cute-let me go ahead and sleep with him”?  I swear, people are stupid.  I tell my friends this, but I’ll share this with you all, too.  People, America, my SGITC readers-think about the person you’re about to sleep with.  Could you see yourself having a child with this person?  Could you imagine this person being in your life forever?  If not, keep it in your pants!!!!  I honestly feel sorry for these children.  This has to be the most disgusting thing I’ve seen in a long, long time.

For my fellow “Basketball Wives”  viewers, how many of you all wanted to slap Kesha last week?  Yes, Tami was wrong and WAY out of order, but why was Kesha acting like a punk?  UGH!!! I was so disgusted watching that whole episode.  And now Tracey Edmonds (ex-Mrs. Babyface) and Shaunie want to put this mess on the big screen??? #icant  Who is going to pay to watch these chicks in a movie theater?  Not I.  I feel like these reality shows have gotten out of hand.  And to show how these little girls are looking up to these reality stars…I have started watching “Tanisha Gets Married”. (Don’t judge me.)  Tanisha was a cast member on “The Bad Girls Club” and has gone on to host the BGC reunions and other shows on Oxygen.  During last week’s episode, a little girl went up to Tanisha to get her autograph and told her, “When I grow up, I want to be on ‘The Bad Girls Club’.”  Tanisha quicky corrected the girl and say, “No, you don’t!”  Let this be a lesson to all little girls and young ladies in the world-even the women who are ignorant, crazy, and deranged on these shows want you to strive for more.

UPDATE: Can I also add that I’m quite perturbed that Tia Mowry AND Pooch Hall are leaving “The Game”???  So, I guess this means the show will have it’s last season next year.  It’s been real.

I’m not a lawyer (even though I had hopes of being one until I turned 23), but I don’t care what anybody says, George Zimmerman needs to stand trial.  If he had stayed in his car, Trayvon Martin might be alive today.  The media needs to let authorities do their job.  But I will say this will be tried in the case of public opinion before it gets to a courtroom.  And I know he has a family and other loved ones, but if your brother, son, husband, or whatever did something wrong, you need to let him know he was wrong-end of story.

That’s all I have for today.  Until next time, I’m just a Southern girl…in the city! 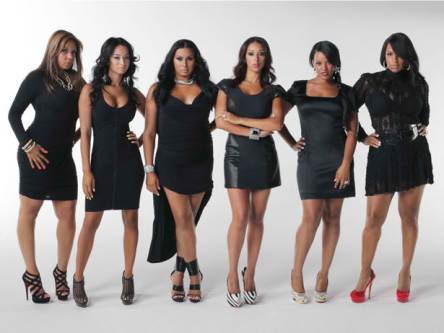 It seems like everybody and their mama (or their baby’s mama) is showing up on the growing franchise that is “Basketball Wives”.  Shaunie O’Neal and Shed Media hit a reality tv gold mine with the creation of this show.  And if you’re  a reality tv junkie like me, I’m sure you watched “Basketball Wives: LA” this past Monday.  The one good thing I can say about this show is that it has a one uppance on its predecessor-more of the women are wives or actually involved with a current NBA player.  These chicks in Miami have been “formerly linked to (insert name of a retired player)”.  But, just like their cohorts in the F-L-A, these women love to fight.  For an educated woman, Laura Govan, former fiancee’ and baby mama of 4 to Gilbert Arenas, is slick at the mouth and is quick to fight.  And Compton born and bred Malaysia is not one to back down.

In any event, is this what we have been reduced to as Black women?  Bitter exes who will do whatever it takes to be on television to get a few bucks?  I guess I can’t knock Shaunie’s hustle, but I can say that these women give others a bad name.  I’m no expert, but I’m sure not all NBA girlfriends and wives behave the way these women do and these women are the exception, not the rule.  But I have to wonder how accurate I am when Allison Mathis, baby mama to Chris Bosh, is in talks to appear on the next season of BBW.  It appears that the new thing is to date/get pregnant/engaged to a baller to become famous.  It doesn’t take talent or a real work ethic to get ahead in this country, which is highly unfortunate.

P.S. And as much smack as Gloria talked about Shaunie, I am not surprised she turned up on the spinoff (and is turning into Shaunie’s mini-me)! 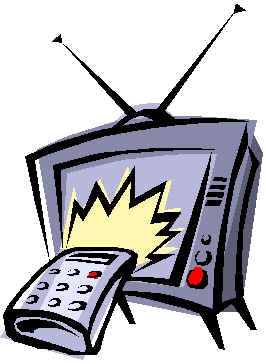 Earlier today, I was all set to write about the Black sitcom and ask where it went.  But after a lunchtime discussion with my co-workers, I realized I underestimated a few of the shows that have Black stars that are currently on the air.  So, let’s begin this discussion.

“Hawthorne”- You know, the show starring Jada Pinkett-Smith that comes on TNT has its 3rd season premiere tonight.  I have to admit, I’ve never really watched this show, but I did catch the 2nd season finale when Christina told Tom that she was pregnant. (Yes, I had to look up the character names. #dontjudgeme)  I’ve always been a Jada fan, ever since her days as Lena James on “A Different World”, so I will make a conscious effort to watch the premiere tonight.

“The Game”- Despite horrible writing for its inaugural season on BET, “The Game” of the CW was a force to be reckoned with.  It was great writing and great acting with believable characters.  The fourth season left a lot to be desired, but hopefully the writers will see the error of their ways and step their game up for season 5.  The great thing about this show is that the fans stuck by the show and followed the characters to their new channel.  We should all touch and agree that “The Game” has a wonderful new season in the fall.

“Braxton Family Values”- You all know I love reality television, but this show is a bit much.  It seems like the only person who has their life halfway in order is baby sister, Tamar, and for her to be spoiled, narcissistic, and bossy, that’s saying a lot.  Yes, Toni may be the more famous of her siblings, but she’s having financial troubles…again.  And after watching this clip of their mother go off on their dad, I see where the girls get their crazy antics from!  Now I know we all like a little messy, but the Braxtons put all of their dis-functionality (is that a word?) out for the world to see.

Any Tyler Perry sitcom- Now I know I have praised TP on this blog before, but I’ve also stated I don’t like his sitcoms.  They’re awful, but somebody’s watching them.  I don’t think I really need to say too much more.  If you’ve seen one, then you know what I’m talking about.  If you haven’t, you’re not missing much.

“Basketball Wives”- This show is a bunch of ex-wives and girlfriends who are angry, bitter, and ready to fight somebody.  Need I say more?

Did I miss any shows?

Until next time, I’m just a Southern girl…in the city!

I’m not sure how many of you watched the 2 part reunion special of the second season of “Basketball Wives” (we’ll talk about the show title in a minute), but I watched the first part on Sunday.  Apparently all of the fireworks happened last night, so I’ll have to catch the replay sometime this week.  I know American television is saturated with reality television and it really, REALLY sucks!!!  What happened to the days of great sitcoms like “The Cosby Show”, “Martin”, “Living Single”, “Perfect Strangers”, and the like?  Now, all I see professional athletes’ exes all over my tv screen, and I’m tired.  Yes, I’m an admitted reality tv junkie (love the first 10-12 seasons of the “Real World” and “Keeping up with the Kardashians”), but some of this stuff is ridiculous.  Today I’m going to address “Basketball Wives” and Gabby Union’s comments.

Gabrielle Union and I have a love/hate relationship…well, more like when she first came on the scene I didn’t like her, then I grew to tolerate her, then I loved her, now I’m sort of indifferent.  I touched on it a little on Friday, but I mentioned Gabrielle Union making comments about how she’ll never be on the show “Basketball Wives”.  Did I miss the memo?  Did somebody ask Gabrielle if she’d do the show?  If so, whom?  If not, why did she feel the need to make the comment.  Yes, we are all aware of the fact that Gabrielle is an actress with her own career and has done quite well for herself.   So, if no one asked for her opinion, I think Ms. Union was a little out of order.   She definitely took shots at Shaunie and company during her commentary.  I totally agree with her on doing things the right way (marriage before baby carriage), but all the other stuff was unnecessary.

As I have mentioned to friends in my circle, the show “Basketball Wives” is a show of bitter exes (and one soon-to-be ex) and how they don’t interact well with each other.  Shaunie (O’Neal, Shaq’s ex) is the puppetmaster, and everyone else are her minions.  Evelyn talks too much (and should probably be on the next season of “Football Wives”), Jennifer needs a backbone, Royce is starting to stick up for herself, and Tami is…well, Tami-a little hood, a little uncouthed, but makes valid points.  Also, the women who really are wives are not going to be on the show.  Honestly, with the women who are on the show now, the only ex-mates I knew beforehand were Shaq and Royce’s ex (who I will not mention by name for fear he may come along and slap me with a restraining order to keep my mouth shut, too!).   Shaunie mentioned she has 5 kids to raise, so why is she getting all in Gloria’s face about her wedding that didn’t happen???  Shaunie, quit worrying about other folk and take care of your own household.

My thoughts on the other women?  Evelyn- Who am I to question anyone who found love on Twitter?  (Hey, I tried internet dating and it didn’t work for me, but God’s speed to you and Chad.)  Jennifer- Get out of Evelyn’s tail and learn to love and respect Jennifer…and get a backbone!  Royce- Just take care of your son…I don’t have anything colorful to say to you…you seem to be doing ok.  Tami- Quit drinking.  You know you can’t hold your liquor, so why drink???

Do you all have any thoughts on these women?  Or any other reality “stars”?  Until next time, I’m just a Southern girl…in the city!