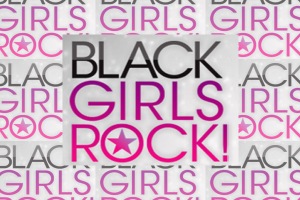 The first televised “Black Girls Rock!” special brought together some of the best talent in the world.  Black women were honored, celebrated, and viewed in a positive light.  Once again, BET and Beverly Bonds, the founder and CEO of Black Girls Rock! have joined forces again to bring this award ceremony to the masses.  Honorees this year include actresses Tatyana Ali and Taraji P. Henson, Gospel songstress Shirley Caesar, and activist Angela Davis.

This year’s hosts, Tracee Ellis Ross and Regina King, are sure to bring laughter, elegance, and entertainment to the show this year.  I have to admit I missed most of the show last year (yes, even with the many replays on BET), but the parts I saw were phenomenal, especially the finale with Jill Scott, Kelly Price, Marsha Ambrosius, and Ledisi performing my favorite Nina Simone song, “Four Women”, whose lyrics encompass the many facets of being a Black woman.  Originally taped on October 15, the network premiere will be this Sunday, November 6 at 8 pm on BET.  I have to admit I think it’s very ironic that this show is coming on a few hours before the new season of “The Real Housewives of Atlanta” begins on Bravo.  And no matter what we think about some (or all) of the women on this show, they rock in their own right.

If you have a daughter, sister, cousin, friend, mentee, or niece, I highly suggest you invite her over.  We have Grammy parties and Oscar parties, so I highly suggest having a Black Girls Rock! party.  I would probably host one if I didn’t have to take a friend to the airport…In any event, maybe one of my friends who’s reading this post will get the great idea to host her own shindig….*ahem, cough, cough*  I hope you all tune in, and share the empowerment with another Black girl!  Until next time, I’m just a Southern girl…in the city!

To get a sneak peek of Sunday’s show, go here.

To find out more about the non-profit Black Girls Rock, go here.