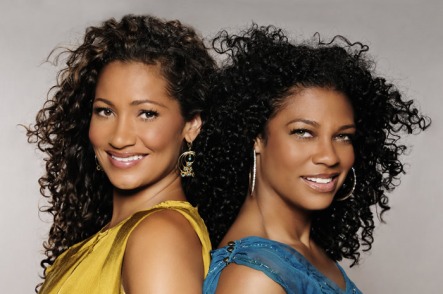 Tuesday’s post on “What is Black? Part 1” sparked some much appreciated comments.  And people are still reading it.  Today’s post is mostly inspired by an article I read on Coco and Creme by Alexis Garrett Stodghill.  The article, titled “Do Mixed Chicks Hair Care Products Make Light Seem Right?”, rubbed me the wrong way a little.  What I got from the article was another way to divide the Black community.

According to Stodghill, the name Mixed Chicks, a fairly new hair care line targeted to women of biracial or multiracial backgrounds, is a way to divide Black women and make us feel inadequate about our hair.  Um…yeah, not me!  Yes, at one time I wanted hair that’s a little softer to the touch (I’ve been natural for almost six years), but I have grown to love my hair and work with what the Lord gave me.   The title of this product does not invoke an inadequecy in me because I’m not a “mixed chick”, and I can’t use this product.  My BFF from undergrad is not biracial, and yet she could probably use Mixed Chicks.  Why?  Because her hair is soft to the touch, naturally curly, and has the type of hair that the creators are marketing to.   Look at the product Kinky Curly.  Should biracial women or women who have softer hair be offended by the term kinky?  Apparently so, according to the author of this article.

Another issue I have with the article is how she goes in on Halle Berry.  Berry, a biracial actress, strongly affirms being African-American and embraces her Black heritage.  A few years back, when Mixed Chicks first came on the scene, Halle was very vocal about her use of the product and how she loved it.  Ms. Stodghill states that if Halle identifies as Black, she can’t possibly be part of the “biracial/multiracial” demographic that is the target audience for Mixed Chicks.   This is another utterly ridiculous notion.  Despite the old adage “One drop of Black blood makes you black”, who’s to say that a woman who identifies as Black can’t use this product?  I’m sure other multiracial women who identify as being Black, such as Raven-Symone, Thandie Newton, or Michael Michele, could use this product. And according to Eugene Robinson, in “Disintegration: The Splintering of Black America“, biracial and multiracial people are still part of Black America.

Why can’t we just say “KUDOS!” to these women who saw a need and supplied a product to a particular demographic?   It’s going to take more than some shampoo and conditioner to separate us as a people.  I implore all of you to read the article for yourselves.  I believe the author missed the mark on so many levels.  I am a beautiful Black woman, and the name of some hair care product is not going to affect the way I view myself.   What say you Southern audience?  Is there any validity to this article?  Or is Stodghill just looking for another way to divide us as a race?  As I stated in the first portion, Black comes in all shapes, sizes, hues, and cultures.  We need to work on being inclusive as opposed to exclusive.  Until next time, I’m just a Southern girl…in the city.