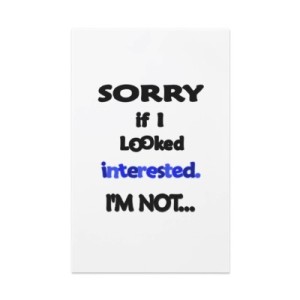 Happy Friday!  I have to be honest with you guys-I don’t feel like doing ANYTHING today!!! (And that includes writing on this blog.) Now, don’t get me wrong.  I love you guys, and I love writing, but I’m just not feeling it.  I want to go home, lay down, and take a nap.  To keep with the theme of “I’m Not Feeling It”, I’ll share some news this week of people or things that I’m not feeling.

First, let’s talk about Eva Longoria Parker filing for divorce from cutie Tony Parker.  Now, I must admit I didn’t think this marriage would last that long, but not because of infidelity.   I just didn’t think it was gonna work out.  And it looks like Tony cheated.  I haven’t seen the woman who is the alleged mistress but from reading people’s comments on Facebook, I think it’s safe to say the side piece wasn’t as pretty as Eva.   I will not use this post to talk about how or why men cheat on gorgeous women, but I will say it takes more than a pretty face to keep a man.   No matter what happens, I hope Eva and Tony find peace and happiness whether together or apart.

I’m not a Chelsea Handler fan, so I’m not that familiar with her jokes or her show.  As I was driving into work this morning, I heard a clip from her show earlier this week where she basically said Phaedra from “The Real Housewives of Atlanta” was living the “African-American” dream because she was an attorney and was married to an ex-con.  (To watch the entire clip, go here.)  It’s really in poor taste, but from what I gather most things she does is in poor taste.  And what is her obsession with 50 Cent?!?!

Uh, so I don’t watch “Dancing with the Stars” on the regular, but I definitely won’t be watching the finale now that Brandy has been voted off, and Bristol Palin is still there.  #thatisall

That’s it for me today, folks! What are some things you’re not feeling? Have a great weekend, and until next time, I’m just a Southern girl…in the city!